The Proof of Free Will (Libertarian Volition)

By the nature of the following refutation of determinism, it can also be considered a proof (1) of (libertarian-type) volition. It is a refutation of any theory that would deny the existence of non-necessitated events--in the form of fundamental, agent-controlled choices--located in a conceptual consciousness, including incompatibilist determinism and compatibilism.

Here is a short video (by someone else) explaining the general outlines of the argument:

Here is a link to the paper by Harry Binswanger:

A Refutation of Determinism

(1) The argument shows that volition is a prerequisite of all knowledge and that the denial of volitional choice implies self-contradiction, thus establishing volitional choice as an axiom of epistemology. Strictly speaking, I think, by Leonard Peikoff's definitions, this is not a proof, but an axiomatic validation. It establishes the axiom as absolutely and unquestionably true, but does not involve the specific process of logical proof of the positive proposition.

Posted by Sword of Apollo at 10:44 PM No comments: 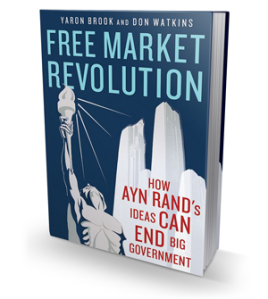 
A look at how our current crises are caused by too much government, and how Ayn Rand's bold defense of free markets can help us change course.

The rise of the Tea Party and the 2010 election results revealed that tens of millions of Americans are alarmed by Big Government, but skeptical that anything can or will be done to stop the growth of the state. In Free Market Revolution, the keepers of Ayn Rand's legacy argue that the answer lies in her pioneering philosophy of capitalism and self-interest -a philosophy that more and more people are turning to for answers. In the past few years, Rand's works have surged to new peaks of popularity, as politicians like Paul Ryan, media figures like John Stossel, and businessmen like John Mackey routinely name her as one of their chief influences. Here, Brook and Watkins explain how her ideas can solve a host of political and economic ills, including the debt crisis, inflation, overregulation, and the swelling welfare state. And most important, they show how Rand's philosophy can enable defenders of the free market to seize the moral high ground in the fight to limit government. This is a fresh and urgent look at the ideas of one of the most controversial figures in modern history - ideas that may prove the only hope for the future.

Posted by Sword of Apollo at 12:18 AM No comments:

The Qur'an Promotes Violence Against Non-Muslims 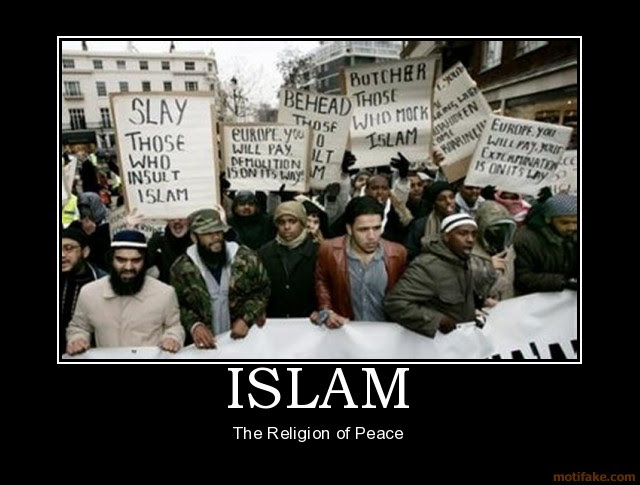 In light of the events in Libya and the recent anniversary of 9-11, today's post is off the topic of Objectivism, so that I can alert people about the real nature of Islam, (anyone who is still in the dark, anyway.)

To be quite frank, those Muslims who believe in Western freedom and who accept other religions/philosophies as political equals, are actually the ones who compromise and don't take the Qur'an seriously. It is the violent totalitarian Islamists who are really living by the teachings of the Qur'an, as advocated in that book. The following video discusses the violent passages in the Qur'an, and the common "context defense" employed by Western Islamic advocates. It is very logical, clear and well presented.


This is another excellent video discussing the stages of jihad:


It should be noted that I do not necessarily endorse anything else the makers of the above videos advocate. I regard all religion as false or arbitrary, and fundamentally as a force for human suffering. (The reason for this is a subject for another post.)

Here is another video that corroborates some of what was said in the first two videos.


NOTE: I request that anyone commenting to criticize, or offer another interpretation, do so only after having seen at least the entirety of the first video.

Posted by Sword of Apollo at 5:38 PM No comments:

How to Show That Taxation is Robbery 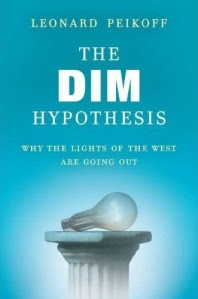 
With his groundbreaking and controversial DIM hypothesis, Dr. Leonard Peikoff casts a penetrating new light on the process of human thought, and thereby on Western culture and history.

In this far-reaching study, Peikoff identifies the three methods people use to integrate concrete data into a whole, as when connecting diverse experiments by a scientific theory, or separate laws into a Constitution, or single events into a story. The first method, in which data is integrated through rational means, he calls Integration. The second, which employs non-rational means, he calls Misintegration. The third is Disintegration—which is nihilism, the desire to tear things apart.

In The DIM Hypothesis Peikoff demonstrates the power of these three methods in shaping the West, by using the categories to examine the culturally representative fields of literature, physics, education, and politics. His analysis illustrates how the historical trends in each field have been dominated by one of these three categories, not only today but during the whole progression of Western culture from its beginning in Ancient Greece.

Extrapolating from the historical pattern he identifies, Peikoff concludes by explaining why the lights of the West are going out—and predicts the most likely future for the United States.

The DIM Hypothesis: Why the Lights of the West Are Going Out

Posted by Sword of Apollo at 6:06 PM No comments: 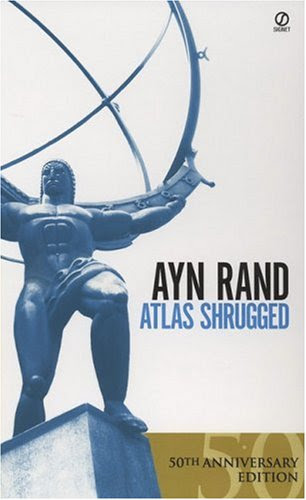 After a brief introduction to Atlas Shrugged, this essay provides a very good overview of the alternative between altruism and egoism. While not a work of technical philosophy, it is substantial: it quotes philosophers and textbooks that explain the meaning of altruism and clearly differentiates what rational egoism means for one's life, versus what altruism means. It also generally outlines Ayn Rand's argument for life as the standard of value and for rational egoism.

The book-length version can be found here: Loving Life: The Morality of Self-Interest and the Facts that Support It by Craig Biddle

Recommended technical works are here: Viable Values: A Study of Life as the Root and Reward of Morality and Ayn Rand's Normative Ethics: The Virtuous Egoist by Tara Smith

Posted by Sword of Apollo at 3:00 PM No comments: